One of the most remarkable Czech and European composers of the turn of 18th and 19th century, abroad known as Dussek. Son of a schoolmaster and musician; he got his first musical education from father (since the age of 5 he played piano and since 9 he played organ). He studied at the college in Jihlava, jesuit seminary in Kutna Hora and theology at the university of Prague. He intended to enter the Cistercian Order. Finally he decided to devote himself to music; in 1779 he left to the Netherlands on the invitation of Earl Männer; his concerts there were his first great success. He worked as a music teacher and organist there until 1883 when he left to Germany. He studied under P.E. Bach (son of J.S. Bach), gave piano concerts and soon became famous all over Europe. In 1786 he travelled to Russia. He played for the empress Catherine II.; however, he was accused of conspiracy against the her (perhaps unjustly; more probable reason was an affair with the empress which was not acceptable) and had to run away. He went to Lithuania where he played at the court of Prince Radziwill. Then he went to Paris and became a favourite of queen Marie Antoinette. However, in 1789 the French Revolution started and Dusik had to flee again. He left to London where he met J.Haydn and the piano maker John Broadwood. Thanks to their friendship, he got acquainted with the new type of piano mechanics and even influenced some more improvements; the new possibilities of the instrument had a direct impact on his later piano compositions. In 1797 he got married and together with his father-in-law, composer Domenico Corri, they founded a publishing house, which later got bankrupt.After 10 years in London, Dusik left to Germany. In 1802 he came to Prague and his home town Caslav where he faced an enthusiastic welcome. He came back to Germany and took service with Prince Louis Ferdinand in Magdeburg until the prince's death in the Battle of Saalfeld in 1806. He then returned to France and stayed at the court of prince Talleyrand, a powerful French politician, till the end of his life. His last years he suffered from mental disease and gross obesity which prevented him from playing the piano. However, he continued to write music. A year before his death, he composed one of his best works, piano sonata in F Minor "L' Invocation".
Dusik wrote mostly piano compositions in the classicist style going out from Haydn and Mozart. However, some of his works (piano sonatas and some concerts) contain elements of romantism - 20 years before the first romantic composers. He was the predecessor of the piano composers like F. Liszt, F. Chopin, Mendelssohn and Schumann. He was also the first composer who specified the usage of piano pedals in his scores. 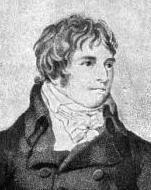